Kate Beaton, of Hark! A Vagrant, is interviewed by The AV Club. Beaton has also written more Wuthering Heights comics.

In an ambitious project researchers have collected over 6,000 personal letters of Ernest Hemingway. They expect to publish them across 16 volumes and the first,  The Letters of Ernest Hemingway, 1907-1922, is now available. Although Hemingway did not want his letters published his surviving son has said that the letters “will elucidate his humanity, which is what people are always looking for in a writer”. 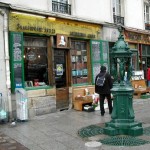 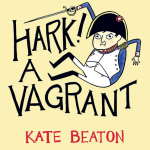 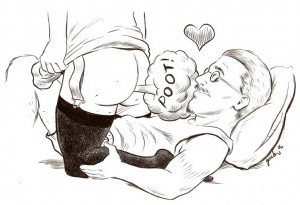 “Forget your personal tragedy. We are all bitched from the start and you especially have to be hurt like hell before you can write seriously. But when you get the damned hurt use it— don’t cheat with it. Be as faithful to it as a scientist— but don’t think anything is of any importance because it happens to you or anyone belonging to you.”

We are slowly working through our catalog process and getting the bulk of our books listed online. As a Friday distraction here is a small selection of photographs of a few of our favourite writers.