Alright, it’s Friday, so here are a bunch of photos of Marilyn Monroe reading. 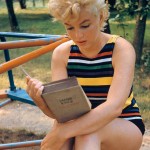 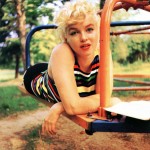 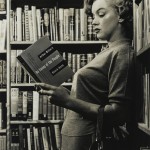 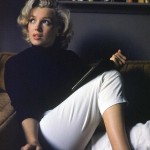 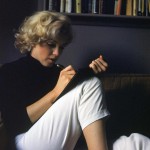 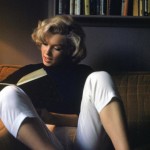 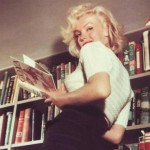 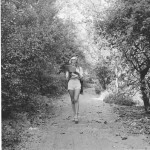 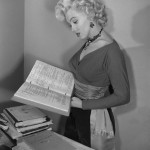 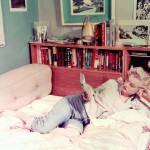 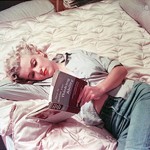 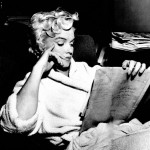 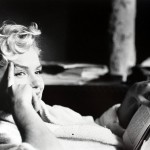 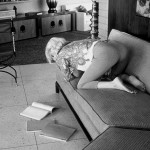 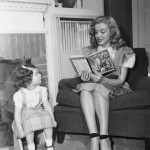 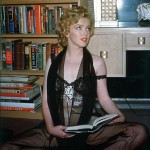 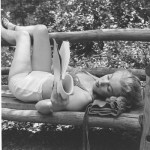 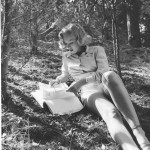 There is a famous series of photographs by Eve Arnold taken in 1954 on Long Island of Monroe reading Ulysses by James Joyce. As Jeanette Winterson commented on the photograph:

This is so sexy, precisely because it’s Marilyn reading James Joyce’s Ulysses. She doesn’t have to pose, we don’t even need to see her face, what comes off the photo is absolute concentration, and nothing is sexier than absolute concentration. There she is, the goddess, not needing to please her audience or her man, just living inside the book. The vulnerability is there, but also something we don’t often see in the blonde bombshell; a sense of belonging to herself. It’s not some playboy combination of brains and boobs that is so perfect about this picture; it is that reading is always a private act, is intimate, is lover’s talk, is a place of whispers and sighs, unregulated and usually unobserved. We are the voyeurs, it’s true, but what we’re spying on is not a moment of body, but a moment of mind. For once, we’re not being asked to look at Marilyn, we’re being given a chance to look inside her.

And of course Monroe was married to playwright Arthur Miller for five years. There is a photo of her reading Miller’s adaptation of Ibsen’s An Enemy of the People.

Monroe was encouraged to write by her psychoanalyst and her letters, poems and notebooks have been published. One of her poems reads:

Life,
I am of both your directions
Existing more with the cold frost
Strong as a cobweb in the wind
Hanging downward the most
Somehow remaining
Those beaded rays have the colors
I’ve seen in paintings–ah life
They have cheated you
Thinner than a cobwebs’s thread
Sheerer than any-
But it did attach itself
And held fast in strong winds
And singed by the leaping hot fires
Life-of which at singular times
I am both of your directions-
Somehow I remain hanging downward the most
As both of your directions pull me.